Are You Aware Of Toad Poisoning In Dogs?

Do you have a dog that needs to introduce itself to everything living (and non-living) thing when they are outside? As a dog mom, sometimes we wonder if our pups shouldn’t be going near things like certain animals, plants, and food.

If you are outside with your pup, and you see them approach a toad, it is necessary to understand the dangers of toad poisoning in dogs that can occur with certain species. The last thing you want is your dog to eat or lick the toad. All toads, including the ones that are not poisonous, have a bad taste to them. Dogs who put them in their mouth tend to spit, slobber, and drool even if they aren’t poisoned.

The focus is on toads because frogs are not technically poisonous to dogs. However, it’s important to note that dogs can still get parasites and infections from both frogs and toads that could lead to harmful situations. We are going to discuss which species of toads are poisonous to dogs, symptoms that you may encounter if your dog may have toad poisoning, and immediate treatment options.

Types Of Toads That Can Cause Dog Poisoning

In the United States, there are two species of toads that are poisonous to dogs.

The Colorado River toad is also referred to as the Sonoran Desert toad because it is commonly found there. This toxic toad is found in the Southwest area of the United States and Hawaii. It lives in a variety of habitats including desert scrub, grasslands, woodlands, and tropical locations. You may find this species of toad (also referred to as bufo alvarius) from Central Arizona to southwestern Mexico. 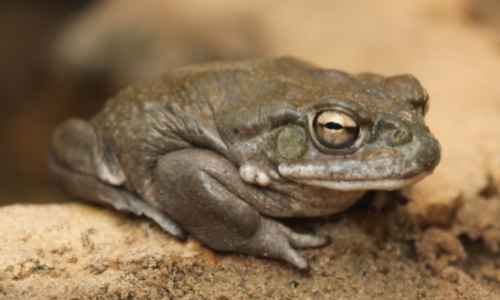 You can identify the Colorado River toad from a few different characteristics. This toad ranges from 4.3 to 7.4 inches long. The toad’s skin is leathery and ranges in color from black to olive brown. It has a few low rounded bumps and enlarged glads located both on the back of the limbs and behind their eyes. The female Colorado River toad has reddish colored warts in straight lines on their backs.

The marine toad is also referred to as the cane toad, the bufo marinus, and the Rhinella marina. This toad is typically found in Florida and southern parts of the United States. If your dog comes in contact with the marine toad, it secretes toxins through their skin as a defense mechanism from the dog. These toxins can be released even if your dog licks the toad. This could be life-threatening, and the severity of the poisoning is associate with the amount of contact and how much toxin your dog was exposed to. 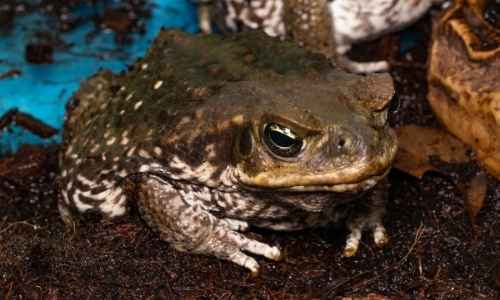 The marine toad is a very large toad with brown or grayish skin that is rough, warty, and covered in bumps. This species of toad has large dark eyes and parotid glands on its shoulder. Marine toads average from four to six inches long and weighs around two pounds.

There are various symptoms that can occur if your dog is exposed to toad poisoning. Smaller dogs and puppies are more likely to develop toxicity as well. Symptoms your dog may experience include: 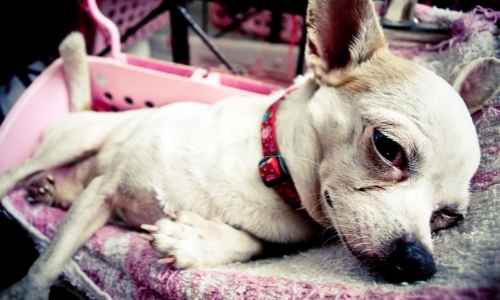 Treatment For Toad Poisoning In Dogs

If your dog has toad poisoning, you have to act quick.

There is no specific antidote for toad toxins, so you have to act quickly to hopefully lessen the severity of your dog’s toad poisoning. Both the Colorado River toad and the marine toad are poisonous at all stages of life, including when they are tadpoles and eggs. Your dog could potentially drink water from a pond where a toad may have sat or laid eggs and be poisoned. It’s important to recognize situations where these toads may be present, always observe your dog, and remove them from potentially harmful situations. 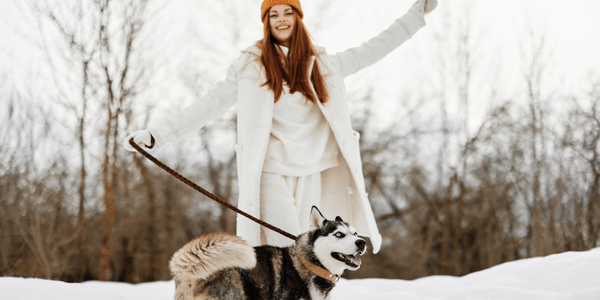 Winter Paw Care for Dogs: Protecting Your Pup’s Paws from the Cold 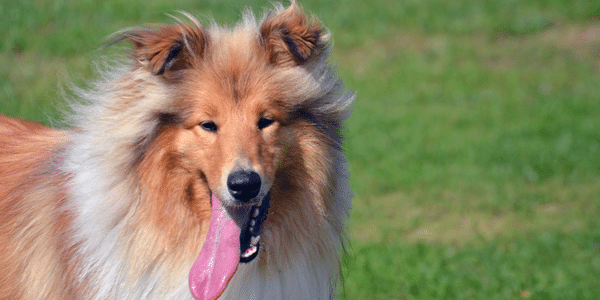 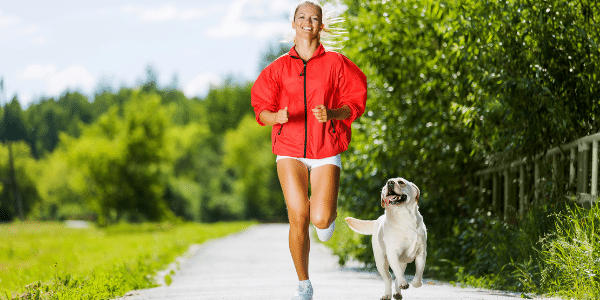